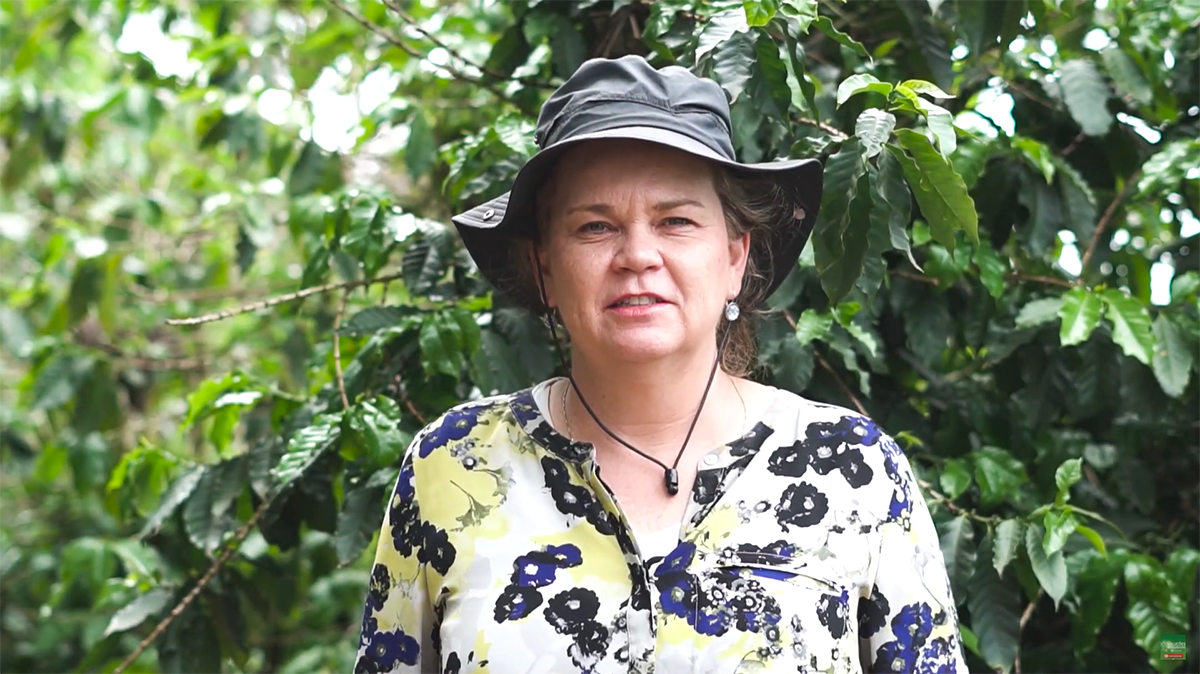 For many people, giving up a profitable family business for the career in agricultural research seems to be an unwise decision. In Brazil, there is a female agricultural expert who breaks the glass ceiling and leads the innovation of using XAG drone to fight cotton boll weevil. Instead of inheriting her family farm, Regina Hakvoort from Brazil aims to be the first women entrepreneur to connect farmers from different regions and cultural background. 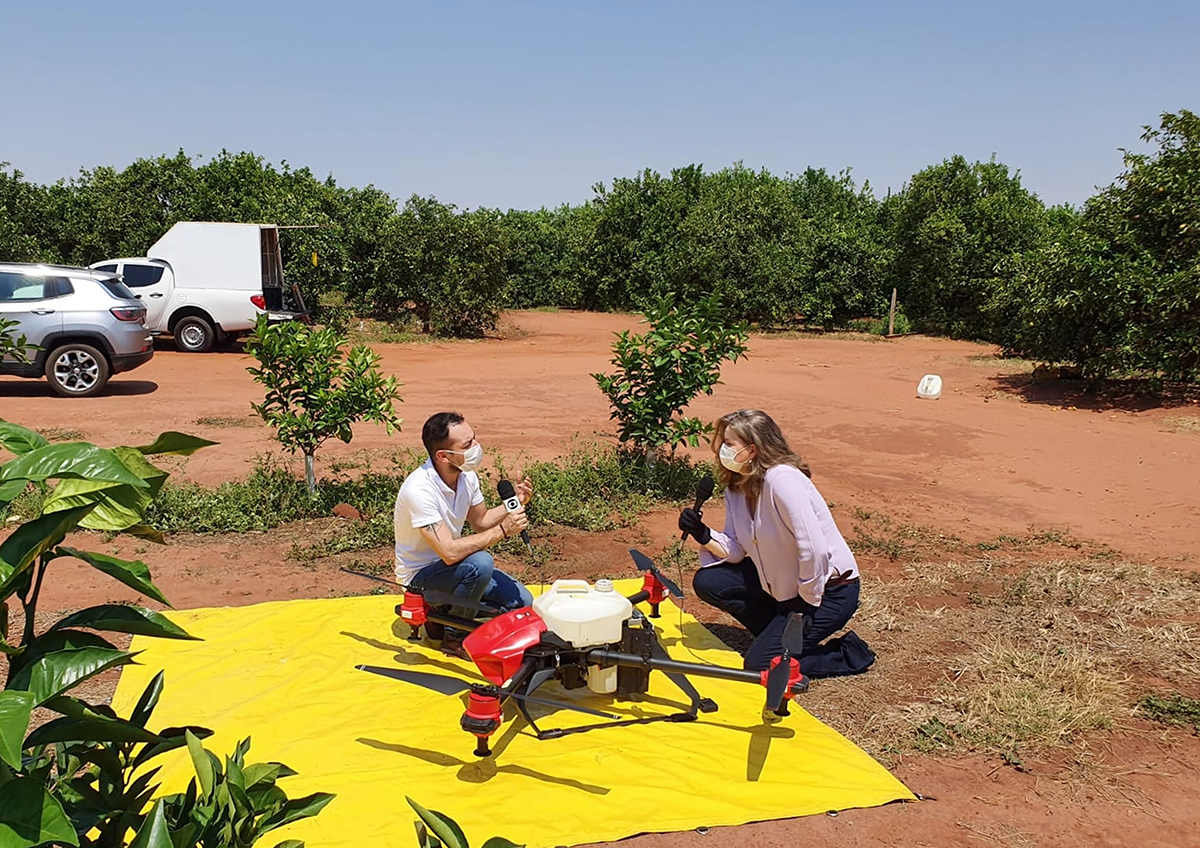 Born and raised in her family farm at the State of S?o Paulo, Regina Hakvoort has natural enthusiasm in agriculture and now serves her rural community as an experienced agronomist. With the education background in the University of S?o Paulo, Regina was well known in her community for actively supporting farmers in pest control and crop protection.

Her spirit of devotion and professionalism has also earned her recognition from the S?o Paulo Association of Cotton Producers. In 2012, Regina was invited to join a research group for field projects to study boll weevil, a destructive pest that feeds on cotton buds and flowers.

The lack of applied technology to control weevil is the biggest problem facing her research project. The Ministry of Agriculture, Livestock and Food Supply of Brazil has established a national ban on the use of Endosulfan, a highly controversial insecticide with acute toxicity.

Without any safe and effective chemical solution, Regina was motivated to investigate the untapped potential of agricultural aviation on combating agricultural pests. And the agricultural drone from XAG grabbed her attention, in terms of precisely covering the target area with very low volume of pesticides. Reaping the Benefits of Drones

Since large scale farms and plantations in Brazil can spread thousands of hectares in size, spraying crops by plane was one of the main options adopted by farm owners. However, the service price of traditional helicopters and fixed-wing aircraft is too expensive for many farmers to afford.

After receiving training in agricultural aviation, Regina decided to throw herself into the aerial application of "low volume spraying" and "ultra-low volume spraying", which refers to the solution of using small amount of chemical to treat a large area. She had been searching for new technology that can spray larger fields at high accuracy, but with lower service costs.

The social values of such technology, such as improving crop yields and reducing chemical pollution, were well recognised by Regina. When given the promising work opportunity of her family farm, she turned down the tempting offer and, instead, set up her own company Anáhata to provide Brazilian farmers with precision crop protection solutions.

Then it was during her visit to an agricultural machinery trade show, when Regina met XAG's farming drone that could fulfil the application of ultra-low volume spraying. "What attracted me most is its rotary atomisers, which can produce fine droplets and spray crops at variable rate, for example, 1 litre per hectare," she said. Regina together with staff from Megadrone Brazil

To better understand the practical use of drone, Regina rented an XAG agricultural drone from Megadrone Brazil and put it into the trial of a pest-ravished cotton field. It turned out that the autonomous drone was successful in defeating boll weevils. Flying on the preset route and simply controlled via a smart phone, the drone sprayed the cotton crops thoroughly only with minimal use of pesticides.

As her ideas brought to life, Regina invested in more drones to serve the growing needs of farmers at affordable price. Coming from different cultural backgrounds, her customers include large farm owners, as well as smallholders who grow grape, citrus, coffee, and other cash crops.

With her business getting on track in just one year, much faster than expected, the company started to making profits and collaborated with the locally famous agricultural cooperatives, including the Regional Cooperative of Coffee Growers (Cooxupé) and Fundercitrus, a professional association on sustainable development of the citrus industry.

Up to now, Regina's company has become the service provider to 15 large-scale farms, managing over 1,100 hectares of plantation fields. "Empowered with agronomic science and drone technology, I believe we can bridge the gap between farmers from different backgrounds and diverse cultures, who share the same goal to cultivate good foods." 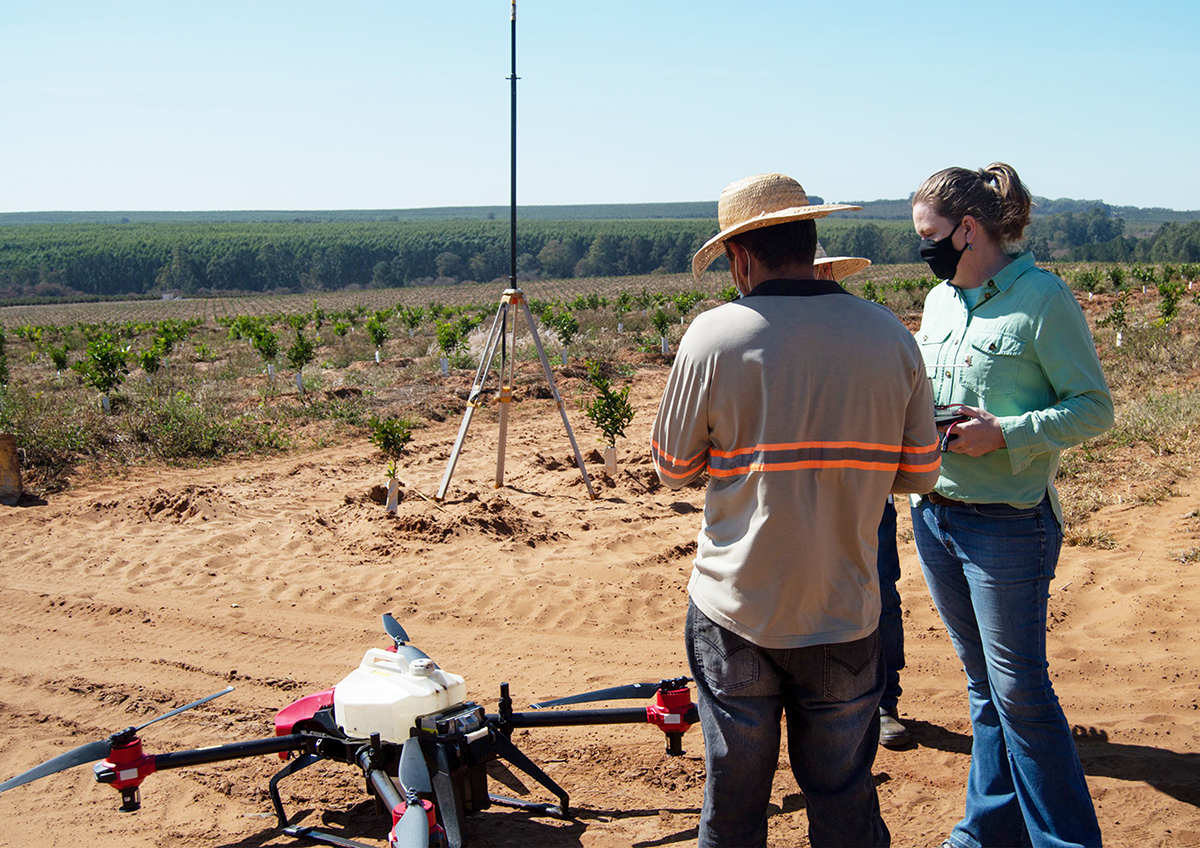